Happy new week people! 🙂 This is the last week of the A-Z Challenge and it’s all the trickier letters! 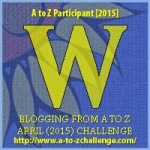 I was having a conversation with Milica over at Delicious Peace of Mind and the idea of posting W=Worries came up! Milica’s latest post is also a ‘W’ recipe (what a coincidence! 😛 ) so head on over there for a delicious healthy raw walnut recipe! 🙂 Thank you Milica! 🙂 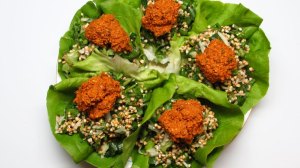 Milica from Delicious Peace of Mind has created these wonderful walnut wraps!

Anyway… this post today is even more apt than it was when it was thought of! I have spent the weekend waiting and worrying (or not? more on that in a bit) for my husband to return home! His flight was delayed… not just a bit but overnight!!! First it was an hour, then another hour, then there were no updates and he was sent to eat with vouchers, then they decided to take them to a hotel! Very nice hotel too but shame I was 3,500km away waiting and waiting for him to come home!

Thanks for the room Mr Airline but I’d prefer a flight!

Are flights expensive because airlines use hotels like this when your flight is delayed?

A new flight was created for the 200+ passengers and I was tracking the flight closely waiting and waiting and eventually 21 hours after his expected landing he arrived! 🙂 Oh wouldn’t you think that was the end of it?! Oh no! 😦 He texted to say he was at the airport (hoorah!) but then his phone was turned off!? I waited and waited some more. Nothing! Then, an unknown number appeared on my phone and it was him! For some inexplicable incomprehensible reason, and a severe case of mis-identity he had been detained at the airport! Anyway, FINALLY almost FIVE and a HALF hours later!!! he was released just like that! OMGosh! Could you imagine!!! Hubby is now home (at last) and although he’ll probably be cross that I’ve shared this it was a great lead in to todays post!

Do you worry? How would my situation have made you feel? Would you be panicking? Stressing? Pacing up and down? Trying to get phone numbers? Making a fuss? Wondering what had happened? Had somebody put something in his bag? What would happen next? Would he come home? Thinking about complaining for unfair detaining? The truth is, most people worry far far more than is necessary! A long time ago I read about worrying and this is what I learnt…

92% of things we worry about never actually happen! and 2% of these worries are actually the only things worth worrying about as we have no control over them!

8% of the things we worry about do actually require action!

Copy it out and pin it to your work station! 🙂

Another thing which helps is lists! I love lists! If you have a lot of things you are thinking about, write them down! Then when you’ve completed them, you can cross them off with a sense of achievement! 🙂 If you’re a night worrier, keep a notepad next to the bed so you can jot down any worrying thoughts. Keep post-its handy or if you’re not a technophobe, use the list function on your phone! 🙂

I have different notebooks for different things! One for my recipes! One for other ideas to try. Post-its for things to do now… or in a few days! 😛

I had planned a whole range of things to post today about worrying… but as you can imagine my weekend didn’t go to plan! Not to worry! Things always work out in the end! Don’t forget to check out Milica’s recipe! 🙂 That’ll be our lunch 🙂 Thank you! 🙂

This site uses Akismet to reduce spam. Learn how your comment data is processed.

Search by ingredient or recipe

We’ve been featured a lot!

Woohoo! We’ve had a recipe featured! 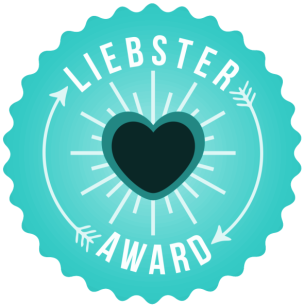 Sisterhood of the World Bloggers award for Life Diet Health